Let’s assume we have a workstation behind a firewall(NAT) and this workstation isn’t directly reachable from internet. If we want to connect to this workstation from outside, we have to do some tricky things. SSH has an option to create reverse-tunnels. We can connect from this workstation to any ssh-server in internet and we can use that connection to to get back to the workstation. 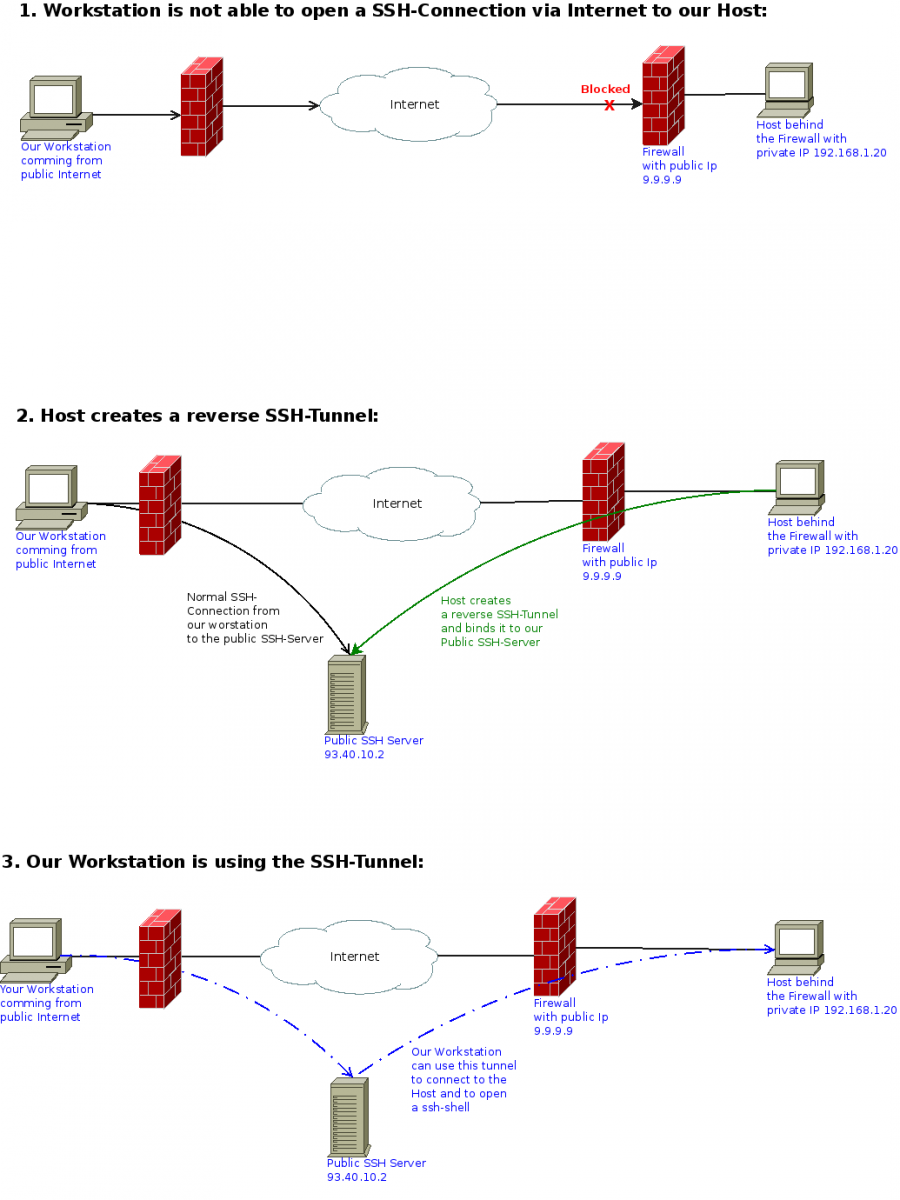 First we create the Reverse-Tunnel from Host and bind it to Port 2222 at our public SSH-Server:

It’s important to keep this ssh-session open! I would also recommend to keep the session alive using the command “watch -n 5 date”

Now our workstations also connects to our public SSH-Server:

If we are connected from our workstation to our public SSH-Server, we can now use the Reverse-Tunnel to connect to the host:

You might have recognized that the user has changed. Now we are using any user which exists at our target host.